The Textile Resource for Specialty Fabrics and Product Innovation
GEOTEXTILES

Drainage Applications
For the past 30+ years, fabric has been used in drainage applications.  Essentially the fabric is used as a filter to prevent soils from passing through and clogging perforated drainpipes installed to collect and control underground water and seepage.  Sometimes instead of using a perforated pipe, a shallow trench is excavated, fabric is laid in the trench and gravel is placed on the fabric.  The fabric is then wrapped over the top of the gravel.  This eliminates the cost for the pipe and allows a quicker installation.  The opening between the fibers in the fabric (called pore spaces) must be selected so they are small enough so soil cannot pass through, but water can.

Erosion Control Applications
Fabrics are also used for controlling erosion.  Large pieces of rock or gravel are sometimes placed on stream banks and along shorelines to reduce the energy of waves or flowing water.  The fabric is placed on the soil behind the rock to act as a filter to prevent erosion of the soil as water runs into and out of the spaces/voids between the rocks.  The fabric must be strong enough to support the rock and withstand the abrasion.

Temporary Silt Fence
A silt fence is made by placing fabric on vertical stakes in the ground to form a continuous "curtain or fence."  This fence is usually about 1 to 2 feet high, and is placed around the perimeter of a site to act as a filter, allowing rain runoff to pass through, but the opening between the fibers in the fabric (called pore spaces) are small enough so soil cannot pass through.  This keeps dirt from being transported into adjacent streets, storm drains and other properties.

Geotextiles in Separation Applications
If gravel or dry soil is placed on soft, wet clay, it will be pushed into the soft clay and will mix into the wet soil.  A nonwoven fabric is often used to prevent the penetration of "good gravel/soil" into the "bad" wet clay.  The nonwoven fabric must have sufficient strength so it does not rip or tear and can support the overlying material.  The fabric also acts as a filter to prevent the clay from passing through the fabric and moving into the gravel.

Retaining Wall Applications
Fabric can be used to strengthen soil and/or to create a reinforced fabric retaining wall.  In such applications, the fabric must provide good tensile and ripping resistance, and should have low elastic properties.  Essentially the fabric is laid out in large sheets and is covered with a 1 to 2-foot thick layer of soil.  The "face" of the wall is created by wrapping the fabric over the soil layer to form a vertical, or near vertical edge.

Misc./Others
Filter fabric in conjunction with plastics are used to provide drainage adjacent to basement or retaining walls.  See the sample of Miradrain material.  Such composite material is placed on the entire wall, or is applied in strips that extend down to perforated pipes placed at the bottom of the wall.  These drains collect water and prevent the buildup of water pressures on the wall and reduce the potential for water seeping through the wall.

Another fabric application is for waterproofing of buried basement walls.  See the example.  A pulverized natural clay is contained between layers of fabric, which is attached to the outside of basement walls.  Any moisture will cause the clay to swell creating an impermeable layer that prevents moisture from moving against the wall.  This protects the wall from moisture penetrating to the inside of the basement, where it could a musty environment or water damage. 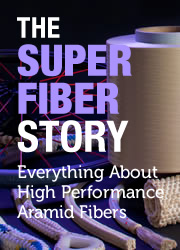 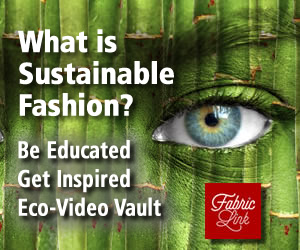 The FabricLink Network is a unique Networking/Education Resource for ALL things textile related!


GET INDEXED!
Place your products in our 14 searchable indexes on FabricLink & TheTechnicalCenter for FREE!
Click to start your indexing.

Join TheTechnicalCenter and find out how to enhance your trade marketing plan.

Any comments or suggestions: Email Us